Starting off... The outfit is from Beautiful Dirty Rich that is giving out 1K worth of store credit.  Most of the outfits are about 180L so you'll make out like a bandit.  This outfit came with the shoes too and Omega friendly. 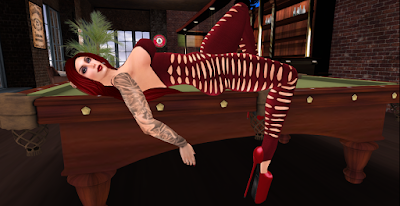 Details: My Haters Motivate Me

Now a lot of people don't mention it when their blogging, but if we didn't have poses our blogging would look pretty stupid.  As a blogger I'm always on the hunt for a good pose.  The first location is Studio Sidhe.

This place has single poses, abstract couple poses and props. Some of the props are unicorns, lions, and treasure chests.

Before you go upstairs there are 2 doors, Flipside and DDX.  I assume to going to other stores that are connected with here.

Upstairs there are some dancing poses.  And for those that have a good size group of friends there's a really awesome tree pose that sits 14 people.  And for those fairies out there, they have over sized flowers, mushrooms and bugs. 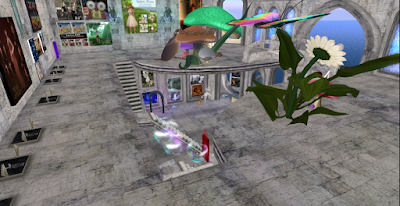 To the right is a cinema.  A trailer filled with sex chairs and a big screen TV.  Along the walls, are gifs of sexual nature.  As they are scattered around the place.

There are things scattered around the place where you can have sex with multiple partners like a broke down cab, blanket in the middle of the place.

Off to the side is a bit of trailer park section, which comes with a sexbot.  Don't want to put up with the drama of someone else, just interested in the visual?  There are several sex bot scattered around both men and women.

In the far back is a small strip mall, which is fake, but there are poses in the shops where you can have sex in them.

And on the left there's a small garage that is full of toys, sexy gifs. Next to that is stairs that goes underground.  Where it gets real grimmy, and it has a stripper pole down there with some chairs. 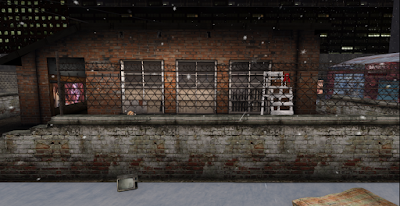 First off you're gonna need some sunglasses, cause the place is bright.  Along the wall they have items that are limited.  High class contour clothing.

If you take the steps down you will run into the halls of freebies. To grab the freebies you have to join the group, which is also free. That way you can fill your inventory with pretties.

You have a wedding to attend, or maybe an elegant dinner?  They have very nice dresses here for every occasion.  Each item that has regular prim parts has a resize script in them.  And they have a redelivery and an option to buy an item as a gift. 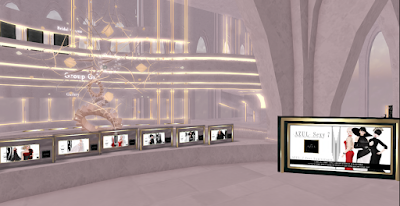 From elegance back to kinky, our next location is forbidden since we're females, but we're giving it a shot to see how far we can get before we get tossed out.  I want to represent everyone in the stroll.

Roughed Up a gay, bi men only sim.  When you land on the sand there is a board that is a teleport hud. There are shops, an open play area, sex beach, outdoor rape/orgy spot and housing.

We were greeted by two men that were running at us.  One was regular size and the other was an Ogre than stood over Pix and came on her.  I assume he wanted us to leave lol.

Out in the sandy parts are some homes which when you land they let you know that they have free housing for kinky men.  So if you're gay and looking for a place to stay this might be your place. 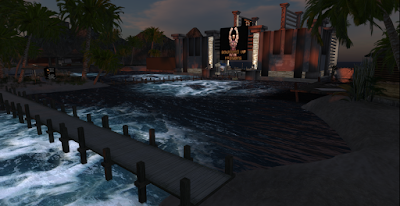 And to finish out the night we land on Hidden Forest, and Gorean Sim.  It's been a bit since I've been in a gor sim.  They are always put together so well.  And a great place to take pictures.

When you first land at Hidden Forest they give you a notecard of rules.  Number one rule is do not pay any items throughout the sim that asks for money.  It is free to play here and anything asking for money is a scam.

The sim is adult so there will be sex.  If naked body parts offended you, you're readying the wrong blog lol.  If people break your limits its your responsibility to let them know and act accordingly.

Hidden Forest is a place where Goreans can come and do things in private.  Some rules are different here than normal gor sims. Once you leave the dock you must be in character (which I am so breaking right now, but Pix is in Character lol).

Kurii's may RP at the location but not hunt here.  And may defend themselves if attacked.  Other than human and Kurri's no other avatars allowed.  No animals, Larls, or Tharlions.

There are more rules do don't forget to snag the notecard when you land.  3 other major rules are no children avatars, must be in Gorean attire and women can play whatever Gorean role they choose from.

The land is just gorgeous.  I personally don't know much about Gor but Pix does and this is a place she wants to try out when she gets back to RPing. 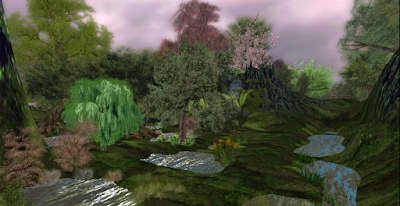 Until the next adventure... 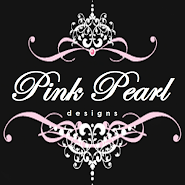 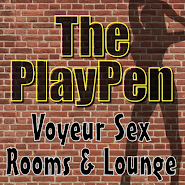 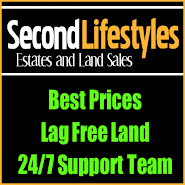